German Shepherds for companion and show

born 17 2011 May -- The sire is Johnny, a gorgeous black and tan with a wonderful, playful personality. Dakota is a loving, loyal mother.

Puppies were expected between 31 May and 3 June 2010 but arrived during the day and evening the 28th of May while owner and 2 daughters were 1/3 the way up Timpanogos Mountain in Utah.  Oldest daughter monitored the care of all 10, though reports Dakota did it all on her own with no problems. Given the nature of the birth, mountains became the theme for this litter. 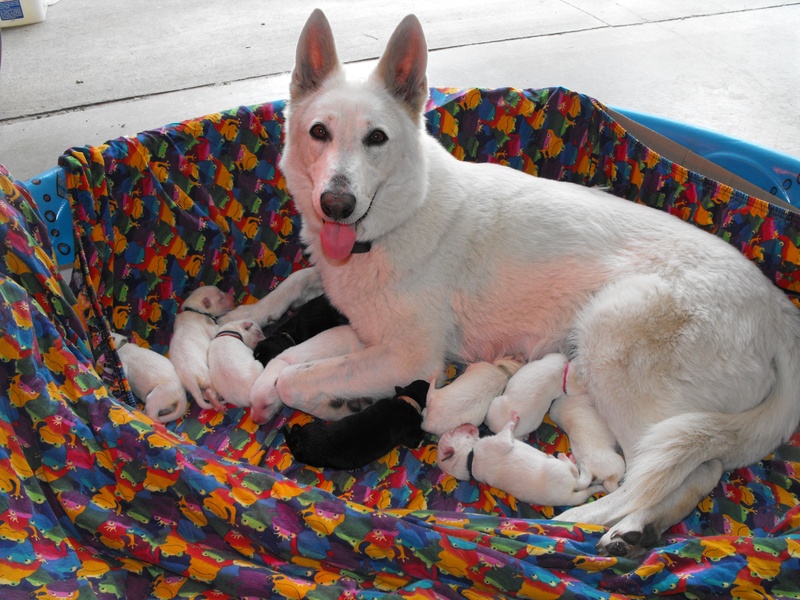 picture pedigree of sire and dam